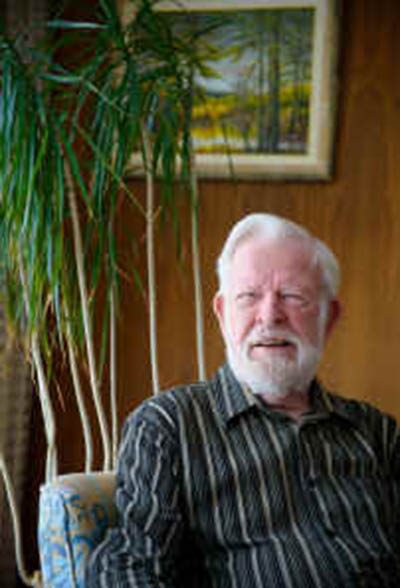 Ross was born in 1925 in Toronto. A chartered accountant, Ross moved from Toronto to Gravenhurst in 1973 when he accepted a position as the treasurer for the Town of Gravenhurst, a position he held until his retirement in 1987.

Ross has two passions: oil painting and gardening. In the early 2000, Canada Blooms chose his garden as the best in any municipality with a population of 15,000 or less, an honour he cherishes.

A member of Muskoka Arts & Crafts since the late 1980s, Ross has always found his membership stimulating and rewarding. The organization has always been able to count upon Ross to cheerfully help out with our events such as the Spring Members’ Show and the Summer Show. Ross’ volunteering doesn’t end with Muskoka Arts & Crafts as he is very active within his community and church.