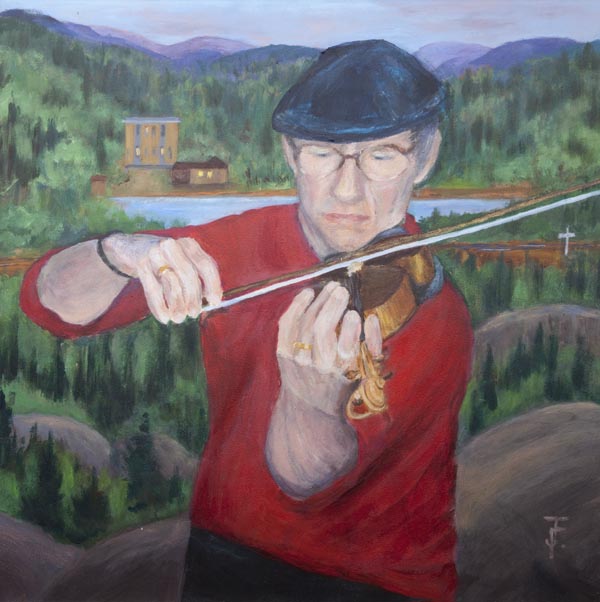 And the Memory Lingers On

Born in Skipton-in-Craven, Yorkshire, England in 1918, Jean W.A. Forder’s professional career was in the field of social work with placements in Manitoba, then Muskoka. Retirement for Jean meant beginning an active career by developing her artistic talent and zestfully contributing to the art community in Muskoka. She took classes in her first love—watercolour—and expanded her interest in other media as well. She won a number of ribbons at the Bracebridge Fall Fair and several awards from Muskoka Arts & Crafts for her work.

In 1985, Jean began the Brown Baggers, a group of artists dedicated to developing their talents, encouraging each other and setting artistic goals for themselves each year. Trips were taken to such locations as Algoma, Algonquin Park, as well as many local sites. In 1989, the Brown Baggers showed their paintings for the inaugural show celebrating the establishment of the Chapel Gallery.

Jean’s talents were many—encouraging, networking, mentoring—and she attracted many, many friends to her with her ability to accept, encourage and find the positive in all. Jean died on May 31, 2001.