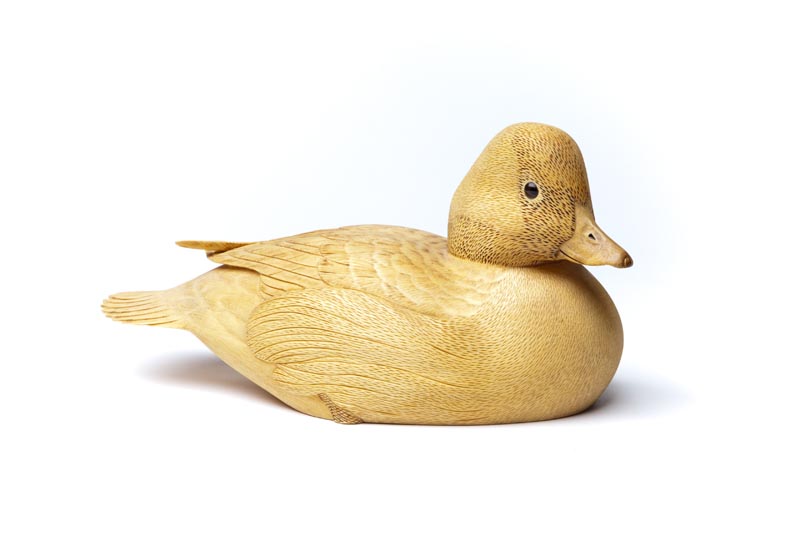 Joe Fawn was born in 1911 in Toronto, Ontario. At the age of 18, he followed in the footsteps of his father and grandfather when he started a five-year apprenticeship as a stone cutter. He did not make this his life’s work as he worked for Phillips Electronics in Toronto as a tool and die maker. He retired from Phillips in 1971 when Joe moved to Brandy Lake, just outside of Port Carling in Muskoka. Joe became interested in woodcarving and his work has won many awards including five awards for relief carving and five awards for decoy carving at the International Woodcarvers Show in Toronto as well five awards at Muskoka Arts & Crafts’ Spring Members’ Show in 1983 and 1984. Joe died in 2004.