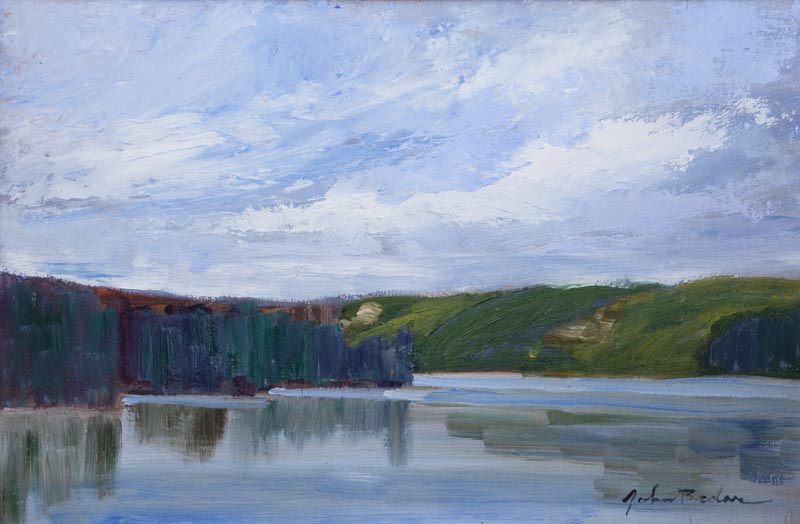 John Brdar was born in Kast, Croatia in 1931 and came to Canada as a child of five years. He spent his childhood in Val D’Or, Quebec, later moving to Toronto in 1948. Throughout the 1950s, John learned to play the guitar. He began performing in Toronto with musicians such as the Conlon Brothers then toured Germany in 1963 with Dianne Leigh, the Carl Smith Show and Graham Townshend. He left for the United States in 1964 where he performed with the Skeeter Bonn Trio in Las Vegas then continued travelling with them. In 1966, John settled back in Toronto where he continued to perform and teach.

In the late 1980s, John moved to Muskoka to pursue his love for landscape painting and spent many years working on Lake Muskoka to support his artistic studies. Self-taught, John’s teachers were the impressionistic painters. He was particularly inspired by Paul Klee. Many of his landscapes reflect the love he developed for northern Ontario. His aim was to achieve a spontaneous and uncomplicated interpretation of the landscapes and streetscapes of Central, Eastern and Northern Ontario. John preferred to paint outdoors in order to capture the elusive quality of light and colour. In addition to teaching painting at Georgian College, his work was exhibited in many galleries around Muskoka.