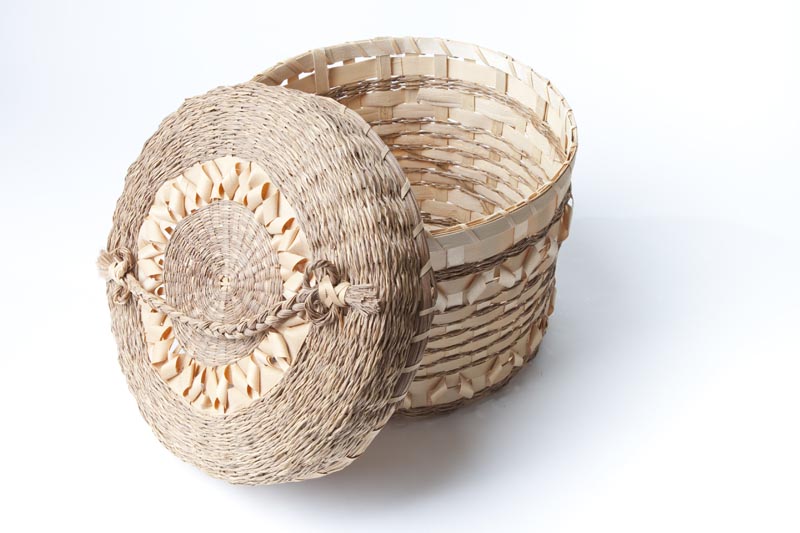 Frank and Phoebe Roads were born and raised on the Gibson Reserve, just outside of Bala, Ontario. Frank was born in 1909 and Phoebe in 1917, they married in 1933. For as long as they can remember, Frank and Phoebe have been involved with native crafts. Their craft work included items made from birch bark and deerskin, but they are best known for their traditional baskets made from sweetgrass.