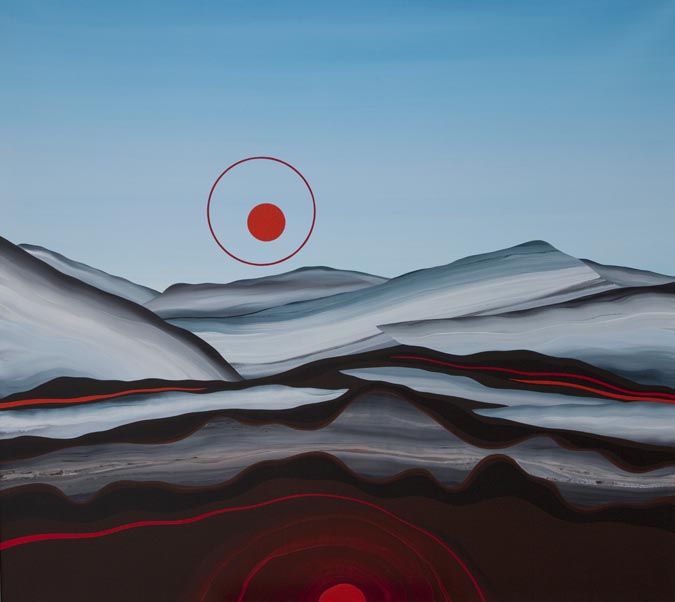 Bill Urban received his Bachelor of Fine Art in Painting with minors in Sculpture and Design from the Carnegie-Mellon University in Pittsburgh, Pennsylvania in 1965. During the 1960s, Bill was influenced by abstract expressionism and the East Coast art movement that was flourishing in New York City at that time. His university teachers were friends with the likes of Jackson Pollock (1912-1956), Mark Rothko (1903-1970) and Mark Tobey (1890-1976). “In those surroundings, it didn’t take long for me to turn into another idealistic purist. Painting became my religion, complete honesty become the greatest virtue and I dove into action painting and getting at the self,” recalls Bill. “It was an indulgent period of immersion in all kinds of directions. I had discovered New York. I visited the lofts where it was happening. How could I not get swept up in it?” Later, Bill attended Queen’s University in Kingston, Ontario, to earn his teaching credentials in 1972.

During his 28-year teaching career, Bill stopped painting for a period of 14 years but began again after his retirement. Initially, he created small works on paper that were again inspired by commonplace aspects of life. “I was and am fascinated at how different every day is: the minute changes in nature and the seasons, of mood and feeling,” says Bill. “I suppose the overall concept of this work was an expression of the philosophy that rather than searching or waiting for special events or unusual occurrences to find meaning or beauty in things, we can find these elements in our daily life. For this is the essence of our existence and the more we can appreciate and enjoy our common ordinary experiences, the more colourful and vibrant our life becomes. Sunsets and autumn leaves are beautiful but so are cracks in the pavement and peeling paint. They are always interesting if approached with visual perception and sensitivity.”

When asked how his work has changed since his student days, Bill speaks of concepts and imagery. Partially influenced by the American minimalist painter Ellsworth Kelly (1923-2015) and the American abstract painter Stuart Davis (1894-1964), Bill began exploring hard, clean edges in his painting that sometimes converged with personal symbolism and figurative abstraction. The mid-1970s saw Bill question how insignificant humanity is in relation to the cosmos. For a while, he delved into paintings that bore social commentary. This was followed with a lasting fascination for how exhilarating everyday life can be.

Painting is a time-consuming process for Bill because of the cumbersome techniques and working methods which he has developed. To maintain the contrast between the sharp edges and a freestyle, Bill masks certain areas of the painting to prevent any wet acrylic paint from bleeding into other spaces. “The process of creating, designing and developing a painted image is for me much like what I would think it would be for a composer to write a symphonic work,” observes Bill, who plays the clarinet and has a strong interest in many forms of music, including classical, jazz, bluegrass, folk, world and blues.

Bill hopes that people enjoy the colours, shapes, paint quality and the ebb and flow of mood and feeling without any preconception about what his paintings are supposed to be about. “I hope they will leave refreshed at having seen a body of work that is different, strong and dynamic. I’m not trying to preach a message or change anyone. I’m just hoping to provide an experience that could stimulate a little thought or conversation.”