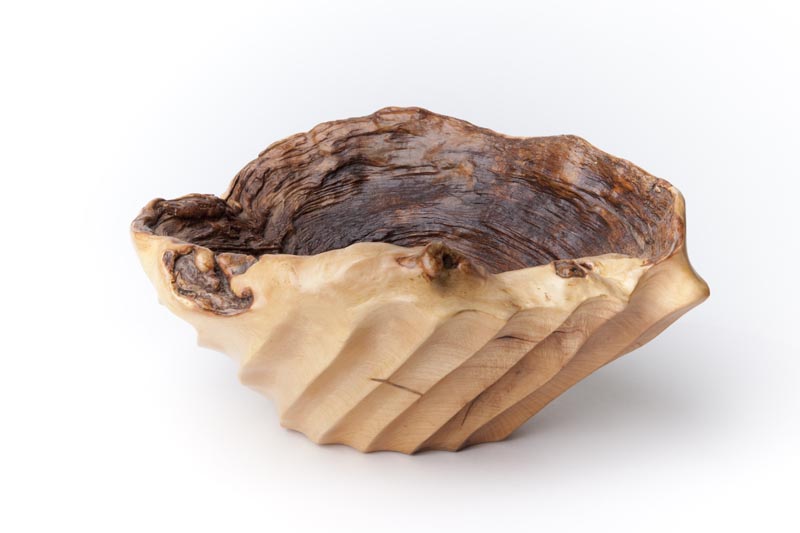 Doug Gatcke was born on December 3, 1934, in Kitchener. In 1957, he received his diploma in Sales and Marketing from Ryerson College. He worked as a pharmaceutical salesman and then with Xerox. After seven years with Xerox, Doug and his wife, Enid, purchased the Grand Central Hotel in Orangeville, Ontario in 1970. Working countless hours, Doug renovated it and quickly became a successful hotel and restaurant.

Six years later, at the age of 40, Doug realized he wanted more time with his family and sold the hotel – it was a defining moment in his life for the couple when they moved to Butterfly Lake in Glen Orchard, Muskoka. Here, Doug rekindled his love of woodworking and began carving burl bowls and creating marquetry. What first started as a hobby, quickly developed into a full-time job. He was a member of the Muskoka Autumn Studio Tour and Muskoka Arts & Crafts where he was the president for four years and a long-time exhibitor at the Summer Show. One of his turned maple burl bowls was accepted into the Permanent Collection in 1992. In 1996, Doug was presented with a Lifetime Membership in the organization.

Another defining moment for Doug came on February 29, 1996, when he suffered a major stroke that would leave him completely debilitated. When Doug was transferred to the Shaver Rehabilitation Hospital in St. Catharines, he entered the hospital in a wheelchair but was determined to walk out upon his discharge. After 4 months of extensive therapy, Doug strode out of the hospital and returned to Muskoka. Realizing that they would be unable to live in Muskoka, they sold their home in 1997 and moved to Fonthill. On February 26, 2006, Doug passed away at the age of 71.